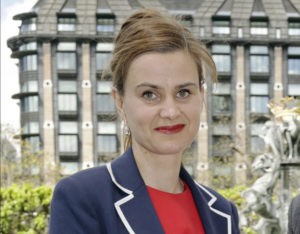 Yesterday the nation came to terms with the tragic loss of the MP Jo Cox, and we all send our deepest sympathies to the husband, children and family of Jo Cox.

Whilst the full facts about this brutal murder are yet to emerge, we are concerned about the irresponsible journalism speculating that the perpetrator possibly suffered with Obsessive Compulsive Disorder (OCD).

People with OCD are rightly concerned that press coverage around the case. It’s worth highlighting the fact that OCD does not predispose people to commit violence.

For journalists to headline the possibility that the alleged murderer suffered with Obsessive-Compulsive Disorder is most-likely irrelevant to the murder and is harmful to almost 1-million law-abiding, non-violent and wonderful individuals who live with OCD each and every day.

Today’s headline on the front of the Mirror website risks adding to the stigma people with Obsessive Compulsive Disorder face, and we would encourage the media to report this issue appropriately and responsibly and wait for relevant facts to emerge first.

Finally, we echo the words of Jo’s husband in urging everyone to unite to fight against hatred.