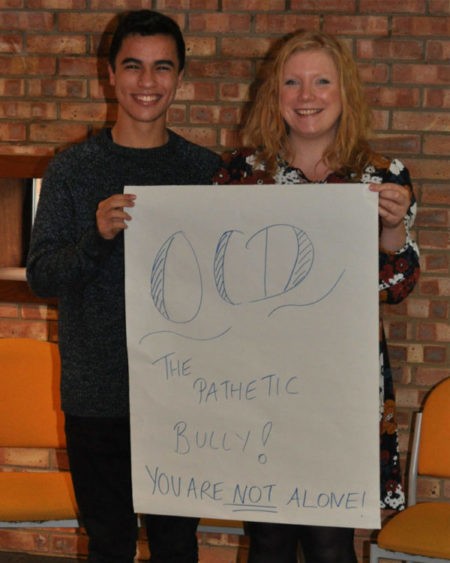 In popular culture and frequently within the media OCD is mistakenly portrayed  as a positive trait and personality quirk, but the reality is, for those that suffer with Obsessive-Compulsive Disorder (OCD), it has a devastating impact on their life.

OCD is a treatable condition, but we would be negligent if we didn’t highlight some of the ways that OCD can and does impact on many people.

As mentioned previously, a  disproportionately high number of those affected with OCD, about 50% of all cases, fall into the severe category, with less than a quarter being classed as mild cases.

In fact, OCD can be so debilitating and disabling that the World Health Organisation (WHO) ranked OCD in the top ten of the most disabling illnesses of any kind, in terms of lost earnings and diminished quality of life.   The same report also said  OCD was the fifth leading causes of disease burden for women aged 15-44 in the developed world.

So when people misuse OCD and make reference to being ‘a little OCD’, in addition to failing to understand that OCD is a disorder, they also fail to realise the impact it has  on those that suffer.  OCD can be so severe that it can seriously impact on some or all areas of a person’s life, sometimes disrupting  or completely ruining:

Also, some of the behaviour that people do to cope with OCD (including compulsions) can also have devastating affects, including:

OCD can affect people in different ways. Some people may spend much of their day carrying out various compulsions and be unable to get out of the house or manage normal activities. Others may appear to be coping with day-to-day life while still suffering a huge amount of distress from obsessive thoughts. Some people with OCD may carry out their rituals and compulsions in secret or make excuses to avoid social interaction so they can complete compulsions.

The severity of OCD differs markedly from one person to another.  Some individuals may be able to hide their OCD from their own family. However, the disorder may have a major negative impact on social relationships leading to frequent family and marital discord or dissatisfaction, separation or divorce.  It also interferes with leisure activities and with a person’s ability to study or work, leading to diminished educational and/or occupational attainment and unemployment.

It can be particularly difficult for families when the person with OCD has poor insight into the disorder. In these cases the person will have difficulty recognising that their concerns are excessive, that they may have OCD, or indeed that they may need help.

There is also frequent reports of a financial burden on the family.

Finally, in some rare cases, the symptoms of a parent with OCD may directly impact on the well-being of family members, for example, when concerns about contamination lead to extreme hygiene measures.

The impact on family members should also not be underestimated. Loved ones, often unwittingly become entwined in OCD compulsions:

How the family should deal with such requests will be discussed in another chapter.

Whilst we must not dismiss what  a devastating impact OCD has, it’s worth noting that with successful treatment, people  don’t just improve their quality of life, many move on to recovery.