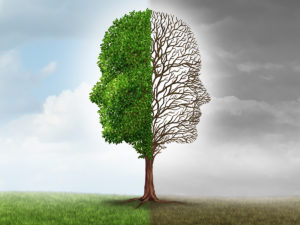 As understanding and public awareness about Obsessive-Compulsive Disorder has grown, so has the use of the term ‘OCD’ as a description for some kinds of behaviour that are not related in any way to the actual condition.

When people use the terms ‘obsessive’ and ‘compulsive’ incorrectly, it leads to misunderstanding about OCD and belittles and trivialises the true suffering that the disorder can bring.

As the internet and social networking websites have become more widely used, there has been an ever-increasing trend for people to refer to themselves as being a ‘bit OCD’.  However, these obsessive or compulsive quirks, that last a brief moment and rarely cause distress or any anxiety do not warrant the label or a diagnosis of Obsessive-Compulsive Disorder, which can actually leave a person debilitated for hours at a time.

People today seem to want to find a label for every unusual behaviour, but when they define unusual ‘obsessive’ or ‘compulsive’ behaviour as ‘OCD’ they are not understanding what it actually is.  For example, being obsessed about football, shopping, sex or other enjoyable pastimes is a far cry from OCD, where a person takes no enjoyment and the obsessions focus on the mundane.

OCD is also not about collectors who have a special interest in a subject, such as collecting stamps, coins, books by a favourite author or even football or movie memorabilia.  Collectors derive pleasure from the hunt and acquisition of the items that they are interested in, and are happy to talk about their collections or show them to others. On the contrary, hoarders with OCD are far from happy or proud, and also differ in the respect that they usually hoard and collect worthless, seemingly junk objects for fear of causing harm if they discard them.

The word ‘obsession’ has also come to mean something sinister when used in conjunction with stalkers or ‘obsessed’ fans, such as those who are reportedly ‘obsessed’ with a specific individual or celebrity, but of course is completely irrelevant to Obsessive-Compulsive Disorder and does not mean an obsessed person suffers with OCD.

Compulsive behaviours seen in, compulsive liars, shoppers, gamblers or  sexaholics are other examples of something that are not part of OCD, they are more likely to be addictive problems and are considered to be Impulse Control Disorders. Whilst all of these may eventually become problems, where the compulsive behaviours result in anguish and distress, it must be remembered that initially the person found great pleasure from the activity and there was no obsession driving the compulsive addiction.  By comparison, someone with OCD will have their compulsive behaviour  driven by unwanted and intrusive obsessive thoughts that are never pleasurable or enjoyable.

While many people will have problems with some of the obsessive and compulsive type behaviours described above, and may require specialist support and treatment, they are unlikely to be diagnosed as Obsessive-Compulsive Disorder related problems.