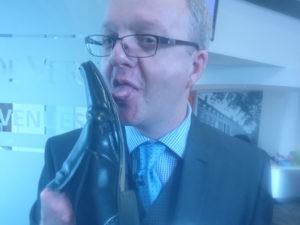 Exposure and Response Prevention, commonly referred to as ERP, is a therapy that encourages you to face your fears and let obsessive thoughts occur without ‘putting them right’ or ‘neutralising’ them with compulsions.

Exposure therapy starts with confronting items and situations that cause anxiety, but anxiety that you feel able to tolerate. After the first few times, you will find your anxiety does not climb as high and does not last as long. You will then move on to more difficult exposure exercises.

ERP is by far the most commonly used therapy in many other parts of the world, but here in the UK the treatment recommended is Cognitive Behavioural Therapy. The behavioural aspect of CBT naturally includes elements of ERP but in addition, CBT also offers the benefit of cognitive therapy, so is a far more indepth package than ERP alone.

CBT over ERP – How is it different?

By using what we call ‘behavioural experiments’ in CBT, a person with OCD  finds out what happens when they don’t check or perform their rituals.  Rather than just riding out their anxiety in the feared situation (as in ERP). CBT tests out the sufferer’s belief that they could ultimately be responsible for harm if they do not check or perform their rituals (cognitive).

The therapist will always acknowledge that there is a risk that something bad could happen if the sufferer doesn’t do their compulsions, but explains that it is the compulsions themselves that magnify their perception of risk, which we talked about in the understanding OCD page. The one guarantee is that with continued checking, washing, ruminating, OCD will always remain a problem.

There is another treatment approach, once commonly used, where a person would be exposed to their worst fears very early on, an approach called flooding.  Flooding involves immersing the person with OCD in the situation they fear the most and them staying in that situation until their anxiety reduces to a more normal level, becoming less bothersome.

In the 70s and early 80s flooding was more common in treatment, for example someone with a fear of dog faeces would have it smeared on them. Thankfully treatment has moved on since the 70s and 80s! 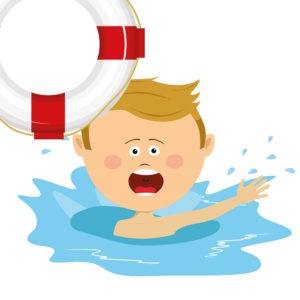 Perhaps a good way to understand these two approaches is an analogy that involves a swimming pool.

Have you ever jumped straight into the deep end and had the shock of the cold water take you by surprise?  Every inch of your body is momentarily shocked by the cold and your body is shaking and struggling to stay afloat whilst it tries to acclimatise to the water, and you either learn to swim or sink.  Flooding (and arguably ERP) is very much like that.  It involves jumping in at the deep end of the swimming pool, and staying there until your anxiety, or in this case your body, gets used to the water temperature.  If you don’t sink, you might survive and float and swim, but it will be incredibly challenging on mind and body.

Using the same analogy, a graded step-by-step exposure used more with CBT would involve understanding your fears about the water and perhaps fears around drowning and then slowly walking into the swimming pool from the shallow end, slowly placing that first toe, and then the foot, into the water, and one step at a time placing the next foot up to your ankle, then your knees, slowly getting used to and acclimatising to the temperature before taking another step.  Slowly getting, deeper and deeper but at a much more tolerable pace until you’re ready to swim. Such an approach, although hard still because it involves facing your fears, is much less likely to leave your body shaken in the same manner jumping in at the deep end would.

Although flooding can work if it can be tolerated by the sufferer, for most of us it is too much, too soon.

Equally, it is important to remember that before you attempt to swim, you must first learn how and why it’s important to (the cognitive part of therapy), otherwise you may continue to struggle.  So in treatment, we very much believe that the cognitive and behavioural aspects are of equal importance.

Being asked to face your fears is perhaps one of the bravest aspects of treatment, and is where the approach of the therapist is most valuable, helping a person understand the cognitive reasons behind an exercise and being there to help encourage and motivate them to face the challenges it involves.  If the therapist actually participates in the exercises too, this helps build up trust and confidence in what they are asking the person with OCD to do.

Generally, people find that exposure exercises are not as difficult as they thought they would be, and their anxiety and fears fade away much quicker than they ever imagined.   This helps boost their confidence and makes tackling more difficult challenges much easier.

If the exercises are too hard to do, talk to the therapist and ask them to make them a little easier. Sometimes if you get stuck in therapy, a step sideways (or approaching behaviours to use a more therapeutic term) is actually helpful because it may allow you to start moving forward again (another helpful football analogy: sometimes to get the ball into the box, the ball needs to be crossed sideways from the left wing to the right wing which allows an easier run in on goal).

For example, if a person has a fear of coming into contact with dog mess, part of therapy might involve walking a dog, with the therapist encouraging the person to scoop up any dog mess. This might feel too extreme at first and is something one of our team had to face. They explained how they achieved it with side steps (approaching behaviours) and the help of a dog owning friend over a 6-day period.

So rather than give up on day one when they didn’t feel able to scoop the dog mess, those ‘sideway steps’ allowed the person to move forward and achieve their ‘goal’.

Another important piece of advice is to never settle for carrying out an exposure exercise just once, you have to do it every single day until there is no longer any anxiety at all. For some that might mean repeating it for a few days, for others it may need a week or two of repeated exercise before the anxiety is gone and it’s no longer a problem. Of course, you may need to do top-up sessions once every few weeks, just to stay on top of it.  When therapeutic exposures are repeated over time, the associated anxiety shrinks until it is barely noticeable or even fades entirely.

Effective CBT leads to ‘habituation’ where the person with OCD will learn that nothing bad happens when they stop performing their compulsive rituals. If the fear and anxiety remains, despite the behavioural exercises, then it may mean there is some kind of neutralising compulsion going on and you may need to discuss this with your therapist and review the cognitive aspect of therapy.