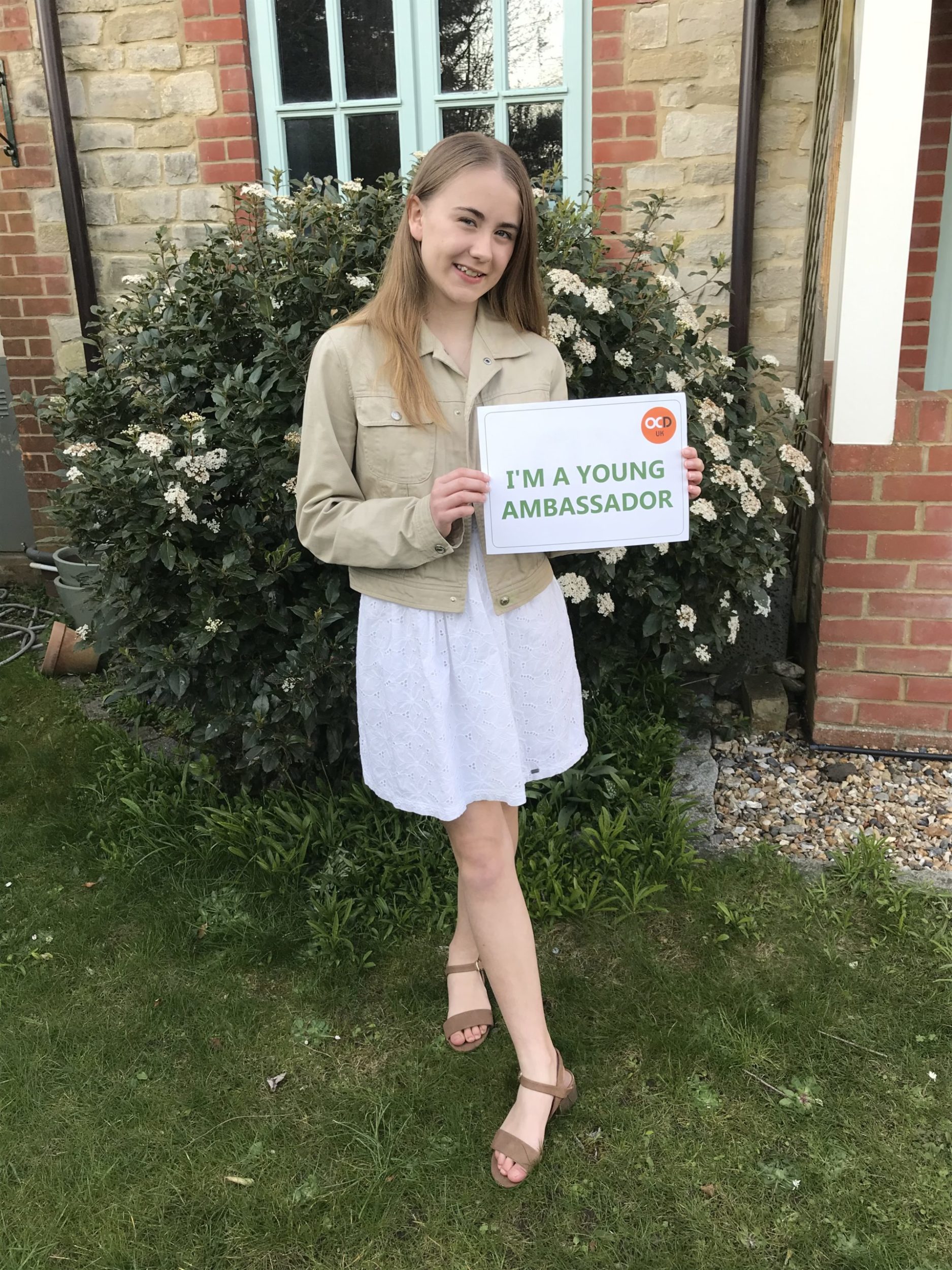 I first began to suffer from OCD when I was in year eight (I’m in year ten now). When someone turned a pen the wrong way around in my pencil case, I had my first ever panic attack. For a long time, I blamed these panic attacks on asthma. After I visited the GP, he explained that I was suffering from anxiety and I was referred for Cognitive Behavioural Therapy and my OCD was diagnosed.

I began to work through my thoughts and some of them began to go away. For me the thoughts I have had never seemed necessary. Any kind of achievement I had didn’t seem good enough, because any ‘normal’ person could do the same thing easily.  For example, I used to have anxiety when touching certain things such as taking clean cutlery out of the dishwasher, and when I got over that fear I didn’t allow myself to be proud because it should never have been a fear in the first place. When I look back on these thoughts, I now realise how much of an achievement it was and I wish I had given myself credit at the time.

When I look back on these thoughts, I now realise how much of an achievement it was and I wish I had given myself credit at the time.Millie-Grace

At this point OCD still controlled me. After I started appreciating my progress, I began to regain control. A lot of my OCD thoughts may not have seemed necessary to me, but they were still there, the only way to beat OCD is to fight it and fighting can feel slow but allowing yourself to be proud of your progress can help a lot.

I have washed my hands so many times I made myself bleed, I have run out of countless lessons, I have had panic attacks when feeling my hands were dirty, or when things are out of order in my bedroom and even if all those things seem ridiculous, it was my reality for two years. Even though I still wash my hands more than other people, even though I’m still overly tidy, I am on my way to recovery. Accept your reality, so you can learn to fight it. I am fighting my OCD and I am winning.