“Anyone eating crisps is always going to set me off, the rustle of the packet is enough to start a reaction.” - BBC Article 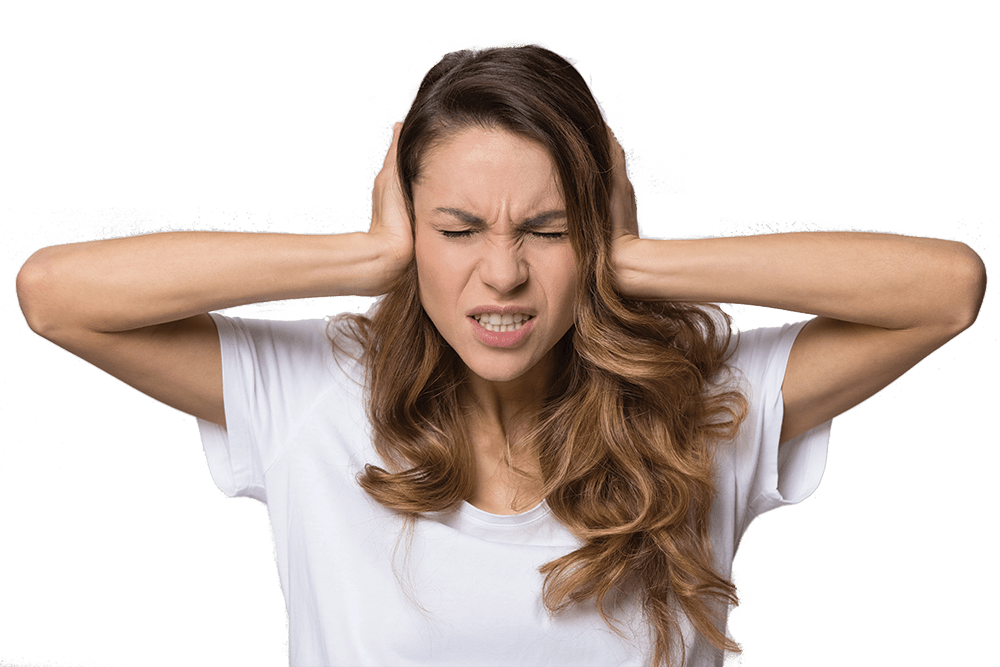 Misophonia: The sound of misery

Blog by Jo Edge
First published in the OCD-UK members magazine in November 2019.

I can just remember sitting at the dinner table and being so upset by certain eating noises – crunching, slurping, liquidy noises.Jo

I can’t remember exactly when my severe discomfort and feelings of anger at certain noises started. I can just remember sitting at the dinner table and being so upset by certain eating noises – crunching, slurping, liquidy noises, and people speaking with their mouths full. I found it utterly overwhelming and enraging and used to ask people to eat quieter because I couldn’t hack it. One hundred percent of the time, this was met with accusations of me being rude and intolerant, and I would secretly seethe.

I didn’t have a name for the problem – I just knew it was one, and that it was more than ‘being rude’. It wasn’t until I stumbled across something on the internet that I realised there was more to it and that it had a name – misophonia (hatred of sound). In my case it is definitely linked in with things I find disgusting – a feeling of actual disgust that human bodies can make those noises. As well as eating noises, I can’t handle very sudden, loud sneezing, sniffing or hiccups. People suppressing burps is really difficult as well. All of it is disgusting. Bodies are disgusting, but let’s not get into that now. All I will say is, noise cancelling headphones have been a lifesaver.

When I was diagnosed with OCD in early 2016, I realised there was a link between OCD and misophonia – they are quite often comorbid. And this made me feel a LOT better, knowing it wasn’t just me and that it wasn’t a character flaw. I have to stress though how weirdly selective my misophonia is about eating sounds. Some people don’t bother me at all – others, every single time, and that makes me feel even more like a dick, cos like, why should those people be any worse? And how DO I even broach it? I need to learn to deal with it, and find coping mechanisms.

At my old work years ago (a job I hated in local government) we were allowed to eat at our desks and my boss used to sit there, eating, and would answer the phone while eating too. It made me feel so disgusted. But what could I say? Now, working in a library context, we are not allowed to have food or uncovered drinks at our desks which I think is a good thing for many reasons. So we have to go to the lunch room, so no constant eating or drinking noises when I’m trying to work. And I get to have my noise cancellers at my desk anyway.

So, misophonia is real, and it has a link with other serious and real conditions, and in some cases it rules people’s lives. After receiving a testimony from a fellow sufferer online who is just 16 years old, I realised just how lucky I am it isn’t worse:

Things started getting weird when I was 10. I thought I was being oversensitive about my dad’s chewing and nothing more. I wasn’t really concerned, I was just a kid, I didn’t really know what was going on. I just know that I couldn’t stand my dad chewing. I thought I was a psycho, over sensitive, and over emotional and many more horrible things a 10 year old should never think about themselves. I thought that everyone else felt the same but they didn’t show it and I did cause I’m weak. I asked myself, why am I the only one like this? So I told my dad to take me to a doctor and hopefully he’ll solve this. After being told that it’s nothing and kinda being laughed at I just told myself to forget about it and it’ll go in time. Ohh how wrong I was. Hell came after a kind of peaceful year.

At 13 I just couldn’t stand any sound, especially at school. It was a hard and embarrassing thing to experience. I would literally plot a very detailed and efficient death, which wasn’t healthy. All I can think about is that sound and how I can stop it. I’ve sat alone in many gatherings and missed a lot of what teachers say because of it. And once I hear it, I can’t stop thinking about it for 5 minutes no matter what. I get so violent I just wanna hit and punch something. I can’t really explain how I feel disgusted by the sound, all I can say is that whenever I do hear it, it is ‘disgusting’. I constantly feel so bad and guilty whenever I tell my family to stop. They’re normal sounds that they need to do and they do it unconsciously. Who am I to tell them to stop?

I knew there was something wrong, this couldn’t be normal. So I went and googled it, and boy can I still remember all the feelings I felt after reading each sentence in the article. I was so relieved and happy that this was something real and there were people like me. But at the same time I was so sad because it’s a real disorder and there was no known cause, no treatment, nothing. And I lived that year with depression, self-harming and no hope. I can’t say the next 2 years were better, because it was getting worse, I was getting triggered every 5 seconds, the triggers were getting more and more every day. But I was getting better at coping and hiding it.

Now at 16, I’m certainly not cured or better, but I have trained myself to always be prepared for every sound that comes my way.

The hard part wasn’t actually dealing with the sounds, that was certainly difficult, but the thing I struggle with and get depressed by the most is being alone. I get so suffocated by my own thoughts and pain, I had no-one to share it with. I tried opening up to my mom a lot and she tries to understand, but even I still find it hard to understand, so how would she? And I don’t really have anyone else, even doctors and therapists aren’t an option after going to many and getting nothing out of them. The only thing I can do right now is just wait, be patient and hopefully a treatment will come soon.

The above story is from an anonymous sufferer who kindly shared their story with me.

This account of severe misophonia brought me to tears – what torture for this person, who is only 16 years old. I’m glad they talk about hope of treatment – hope is so very  important in these situations. I can manage – I can’t imagine what it’s like being triggered into anger – and loneliness – by every single noise that comes along.

The cause of misophonia is still unknown, but it is lifelong. Various treatments have shown some promise, but maybe one day we’ll have a really robust and widely-available treatment. But the problem remains, how do we approach people who make noises that cause us emotional distress without coming across like total rude and disrespectful drama queens?

So, I guess I’m asking for suggestions. - Jo.

Misophonia FACT: it was first proposed as a condition in 2000.

OCD-UK Note: Does the sound of crunching or the rustle of crisp packets bother you to the point you think you might have Misophonia? If so please share your thoughts and we will add them here below Jo's article.