Hi, my name is Niamh and I’m 16 years old and I’ve been suffering with OCD since I was 12. I’ve always been overly anxious and expected the worse to happen. Even as a 6-year-old, I used to sleep with my most important possessions under my pillow, just in case we had to escape the house because of a fire. In December 2014, when I was 12, I was sick the night of a dance show and had to pull out because I had a stomach bug. This is what I deem to be a major cause of my OCD. About 4 months before the dance show the following year, I started to wash my hands repeatedly to prevent me from becoming ill again. My OCD was at its worst in the November of 2017. I was spending at least an hour a day washing my hands and they were constantly cracked, bleeding and horrifically painful whenever I washed them.

I wrote this poem to show how much OCD has impacted my life and people who are around me and have supported me for the past four years. Becoming a young ambassador is so important to me because it means that I can help other young people that have been impacted like myself and many others. 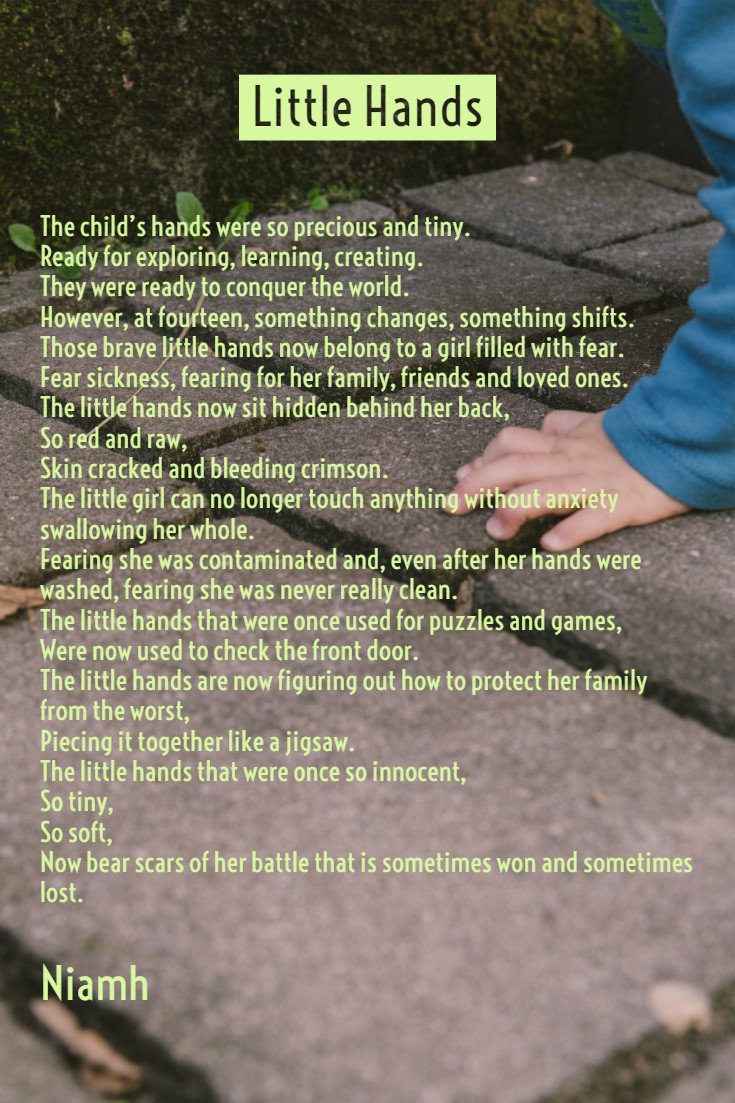 The child’s hands were so precious and tiny.
Ready for exploring, learning, creating.
They were ready to conquer the world.
However, at fourteen, something changes, something shifts.
Those brave little hands now belong to a girl filled with fear.
Fear sickness, fearing for her family, friends and loved ones.

The little hands now sit hidden behind her back,
So red and raw,
Skin cracked and bleeding crimson.
The little girl can no longer touch anything without anxiety swallowing her whole.
Fearing she was contaminated and, even after her hands were washed, fearing she was never really clean.
The little hands that were once used for puzzles and games, Were now used to check the front door.

The little hands are now figuring out how to protect her family from the worst, Piecing it together like a jigsaw.

The little hands that were once so innocent,
So tiny, So soft,
Now bear scars of her battle that is sometimes won and sometimes lost. 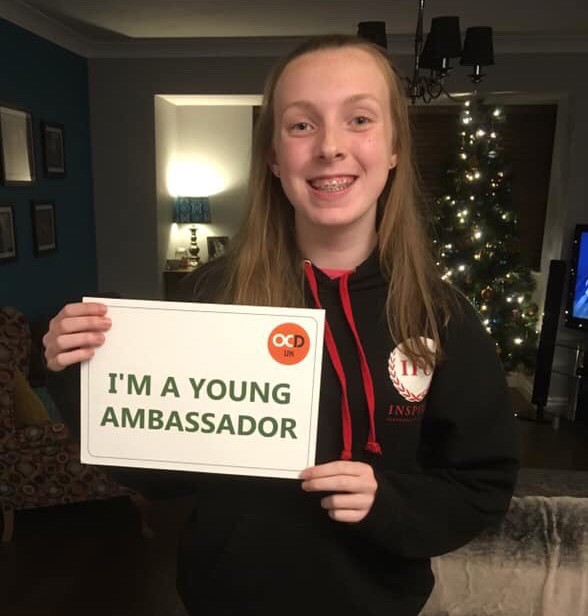