Howard Hughes at a Congressional hearing in 1947.

Howard Hughes (1905–1976) was an American business magnate, investor, pilot, film director, and philanthropist, known during his lifetime as one of the most financially successful individuals in the world.

He first gained prominence in Hollywood in the late 1920s, when he produced big-budget and often controversial films such as The Racket (1928), Hell’s Angels (1930), and Scarface (1932), a production delayed by censors’ concern over its violence, he later went on to control the RKO film studio. He completed The Outlaw (1943) in 1941  which featured Jane Russell.  This also received considerable attention from industry censors owing to Russell’s revealing costumes. Hughes designed a special bra for Russell, although because it was uncomfortable she decided against wearing it. He sold the studio in 1955 so he could focus on aviation. 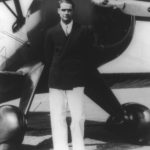 Hughes formed the Hughes Aircraft Company in 1932, He spent the rest of the 1930s and much of the 1940s setting multiple world air speed records and building the H-4 Hercules, known as the Spruce Goose. He later acquired Trans World Airlines and Air West, renaming it Hughes Airwest. 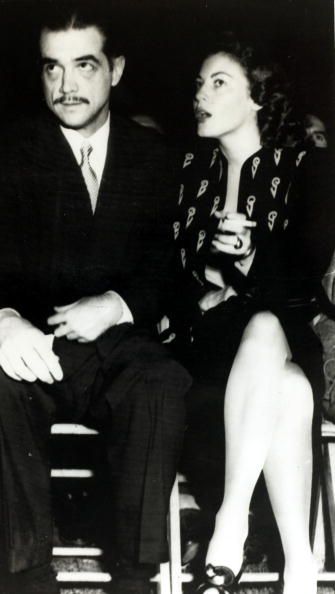 Later in life, he became known for his eccentric behaviour and reclusive lifestyle, behaviour that is now known for certain to have been caused in part by a worsening of Obsessive–Compulsive Disorder.

After Hughes left the Desert Inn Hotel in Las Vegas in 1966, hotel employees discovered that his drapes had not been opened during the time he lived there and had rotted through which could well have been because of OCD contamination fears portrayed so vividly in the 2004 Martin Scorsese film starring Leonardo DiCaprio, The Aviator.

In fact it’s reported that towards the end of his life he lay naked in bed in darkened hotel rooms in what he considered a germ-free zone and wearing tissue boxes on his feet to protect them. It’s also said he burned his clothing if someone near him became ill.

It’s reported but not confirmed, that the illness became so severe that it might have contributed to Hughes’s increasing addiction to codeine and his reclusiveness in the two decades before his death in 1976.

Hughes’s estate attorney called on Raymond D. Fowler, PhD to conduct a psychological autopsy to determine Hughes’s mental and emotional condition in his last years. Fowler, who at the time was a professor and chair of the University of Alabama’s psychology department was recommended to conduct the psychological autopsy by an attorney he had worked with previously on mental health right-to-treatment cases. To complete the autopsy, Fowler interviewed Hughes’s former staff and evaluated newspaper reports, court depositions, old letters Hughes’s mother wrote about him and other documents ranging from transcripts of Hughes’s phone calls to his pilot logs.

“A picture gradually emerged of a young child who pretty much was isolated and had no friends, and a man who increasingly became concerned about his own health,” Fowler says.

That research led Fowler to believe that Hughes’s fear for his health most likely emerged from his childhood. Hughes’s mother was constantly worried about her son’s exposure to germs, terrified that he would catch polio, a major health threat at the time. His mother checked him every day for diseases and was cautious about what he ate and would have him sleep in her bedroom most nights. In adolescence, Hughes was paralysed for several months and unable to walk. After a few months, the symptoms disappeared. Fowler believes Hughes’s paralysis, for which no physical basis was found, was psychologically based.

Hughes’s fear of germs grew throughout his life, and he concurrently developed symptoms around efforts to protect himself from germs, Fowler notes. For example, he wrote a staff manual on how to open a can of peaches, including directions for removing the label, scrubbing the can down until it was bare metal, washing it again and pouring the contents into a bowl without touching the can to the bowl.

He also ordered staff to wash their hands multiple times and layer their hands with paper towels when serving his food, which of course happens today within many families when  sufferers involve loved ones in their compulsive rituals. The problem with Hughes was that he was so wealthy he could delegate compulsive behaviour to his employees and so was never being challenged. Among other things, Hughes gave complex instructions for handling  certain objects. For example, before handing a spoon to Hughes, his servants were required to wrap its handle in tissue paper and seal it with cellophane tape. A second piece of tissue was then wrapped over the first protective wrapping. On receiving the spoon, Hughes would use it with the handle still covered.

Other reported instructions to his employees were even more elaborate. In order to remove his hearing-aid cord from the bathroom cabinet, servants were told: 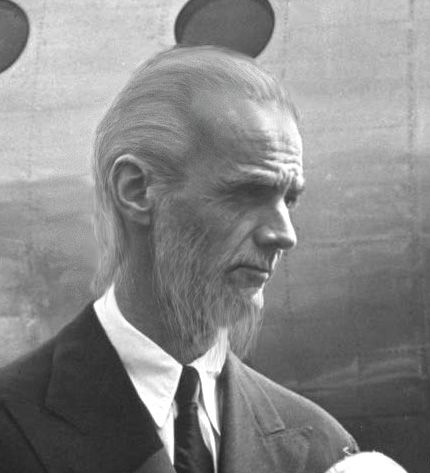 Reported to be the last known photo of Howard Hughes.

In spite of his immeasurable financial wealth, he spent his final days both mentally and physically incarcerated by his own contamination terrors and elaborate cleaning rituals. It’s reported that ironically, Hughes ended up neglecting his own hygiene later in his life, rarely bathing or brushing his teeth, and in the final decade of his life, Hughes worked for days without sleep in rooms shielded by black curtains. His meagre diet and addiction to the drug codeine left him increasingly emaciated. He also stopped cutting the nails on his hands and feet, letting them grow to a grotesque length. When he died in 1976, his body was so thin that observers likened him to a captive from a Japanese prisoner of war camp.

For anyone with knowledge of severe contamination OCD however, this is not ironic or unusual when the whole world feels contaminated, for example some people with severe OCD  state they can’t even use toilets, having to use buckets because they’re so afraid of germs from the toilet.

The BBC reported in a 2016 article on Hughes that many biographers believed that his OCD contributed to his success, without it, he may not have had the feverish perfectionism which he applied to everything from Jane Russell’s underwear to the rivets on the wing of the world’s fastest aeroplane. However, it’s fair to say such commentators choose to ignore the devastating impact  OCD had on this incredibly talented man later in life. A person can still be a driven perfectionist without OCD, so it’s more than possible that this man of vision, this genius could still have achieved all his greatness without OCD, and arguably might have gone on to achieve even more had it not been for the ravages of it.