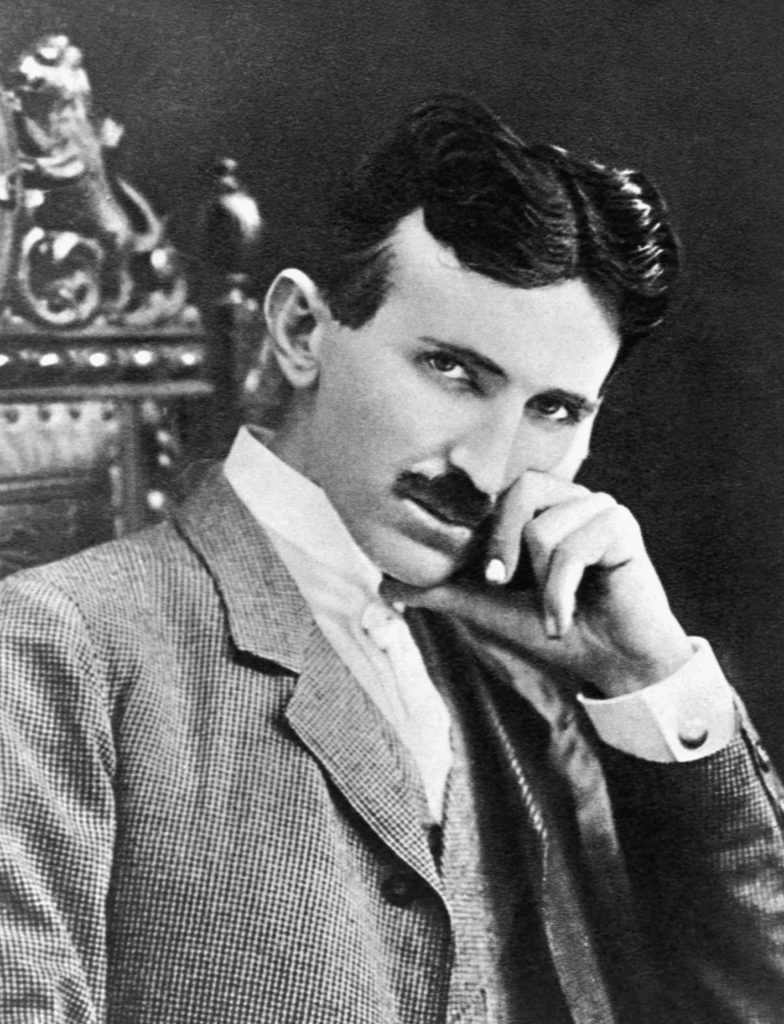 Nikola Tesla (1856–1943) was a Serbian-American inventor, electrical engineer, mechanical engineer, physicist, and futurist who is best known for his contributions to the design of the modern alternating current (AC) electricity supply system.

Born in 1856 and raised in Smiljan, then part of the Austrian Empire, but today part of modern-day Croatia, Tesla received an advanced education in engineering and physics in the 1870s and gained practical experience in the early 1880s working in telephony and at Continental Edison in the new electric power industry.

He emigrated to the United States in 1884, where he would become a naturalised citizen. He went on to become an inventor, electrical engineer and mechanical engineer.  In fact, he was dubbed by many as “the man who invented the 20th Century”. Tesla was a brilliant scientist and engineer who earned more than 700 patents with inventions, he is perhaps most famous for developing the alternating current, but his work also led to advances in wireless communications, lasers, x-rays, radar, lighting, robotics, and much more. In fact when he died in 1943, much of his work remained classified by the US government.

It’s reported that Tesla started showing symptoms of OCD around 1917 when he became obsessed with the number three. When taking his daily swim at the public pool, he always swam 33 laps, but if he lost count he said he couldn’t leave, and instead had to start over from zero.  He often had an urge to circle a city block three times before entering a building. When leaving a building he had to turn right only, and walk around the entire block before becoming “free” and being able to leave. 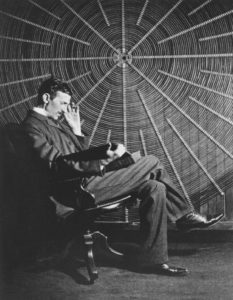 Tesla sitting in front of a spiral coil used in his wireless power experiments at his East Houston St. laboratory.

He also became obsessed with germs, he polished every dining implement he used to perfection, demanded three folded cloth napkins beside his plate at every meal using 18 napkins. He also stayed in a hotel room with a number divisible by three (he lived the last ten years of his life in suite 3327 on the 33rd floor of the New Yorker Hotel). He considered jewellery revolting and especially hated pearl earrings.

It’s also reported that he would count his jaw movements when chewing food and habitually surprised dinner guests by estimating the weight of his meal before taking the first bite because when eating, he found he couldn’t enjoy food unless he first mentally calculated the volume, which of course are almost certainly OCD symptoms.   Tesla’s fear of germs became so great when meeting people he would decline to shake hands and he had great distaste for touching hair.

His lifelong celibacy and tendency to seclude himself could have been OCD related too, although Tesla himself is claimed to have said this enhanced concentration on his various experiments.