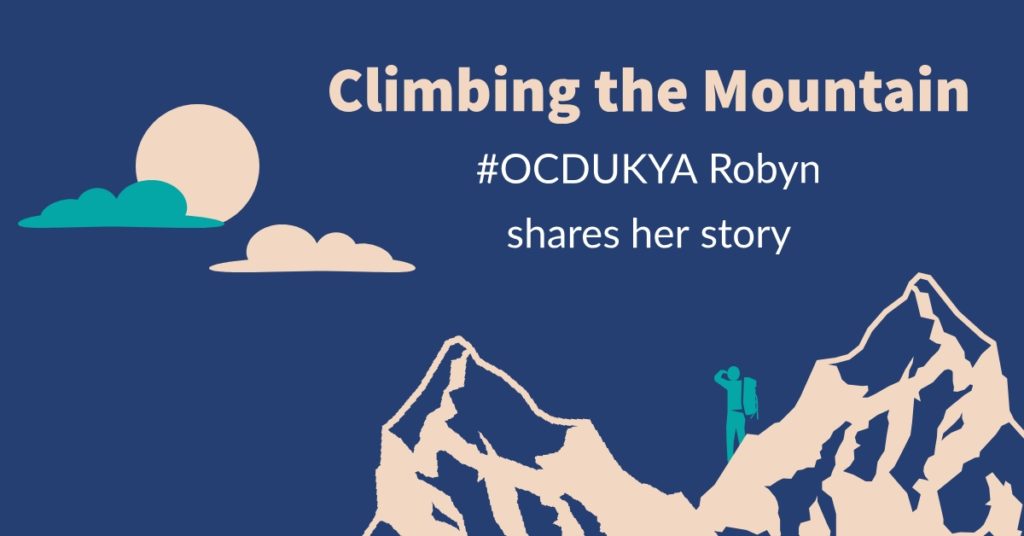 Hey, my name is Robyn, I am 14 years old and I was diagnosed with intrusive thoughts OCD in May 2017. Here is my story...

People started to notice, laugh and question me but I had no answer.Robyn

The first symptom I experienced was when my dad handed me a drink and it took me three tries to grab the cup. I had no idea what I had just done but I just brushed it off. Afterwards I was experiencing even more and slightly worse symptoms. When I got dressed in the morning, it took me 15 minutes to put on underwear because every action I did had to be done in threes. If after 16 tries and I still hadn’t been able to put on my clothes, I would have to pick them up another 16 times. This carried on for a few weeks before I was doing similar rituals in school. Picking up a pen 3 times, sitting up and down on my chair 3 times, going up and down stairs 3 times. People started to notice, laugh and question me but I had no answer. I had no clue what I was doing, all I knew is that I couldn’t control it. I had no obsessive thoughts at all at that time.

In April 2017, I became very angry and very nervous around food. Then, the thoughts came. I was scared that whatever I ate, it would somehow make me ill. I started to skip meals. Dinner was the worst time of the day. If I didn’t have socks on, I couldn’t eat but, due to repetitive touching, it would take 30 minutes just to put a pair of socks on. I couldn’t deal with that stress. So I just didn’t eat. I obviously lost a lot of weight. People in my classes at school would make fun of me because I would often miss days of school because I just simply couldn’t go outside.

May came around. I became depressed and unfortunately, suicidal. What didn’t help is that I still wasn’t eating, going to school, going outside. So, my parents decided, enough was enough. My mum took me to the doctors where they recommended I try signpost (a child's counselling service). The OCD was triggering me to have a low form of an eating disorder too. Not the best doctor visit. At this time, I was attending school about once every 2 months. When I went in May, a teacher recommended CBT. I went there for anger and anxiety for 4 months until I no longer suffered. Although OCD had taken the angers place even more. I then went to another CBT counsellor for OCD and after 5 months, it was working. Until, I finally became petrified of going outside. I no longer went to school at all, and I failed to attend therapy. OCD was back.

In April 2018, I got accepted into step 2, a really helpful NHS counselling unit. I unfortunately only got 3 sessions as my counsellor was only free once a month. Because the sessions were so far apart from each other, it was hard to keep track which meant my OCD wasn’t being helped. Like my past therapists before then, we had to leave.

I am still in the process of overcoming OCD but I am very proud of myself that I have come this far.Robyn

After 6 months, I got accepted to another CBT counsellor under CAMHS for Obsessive-Compulsive Disorder. My therapist is extremely supportive and understanding. Because of her help, I am now no longer depressed,  getting dressed with no troubles and after a year and a half of not being at school, I am now back. I am still in the process of overcoming OCD but I am very proud of myself that I have come this far. I am also on antidepressants which helps with anxiety, so it makes it a lot easier to overcome my rituals. I do have a bad day sometimes, but who doesn’t? Recovery is like climbing a mountain, sometimes you might slip, make a wrong move but after every step and every climb, you just get stronger and stronger then suddenly, you’re at the top.