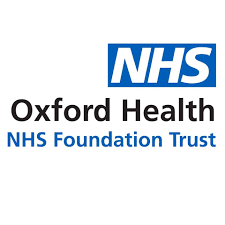 In April (2019) we reported on the launch of a brand new NHS treatment clinic in Oxford for people with OCD and anxiety, led by Professor Paul Salkovskis. The Oxford Health Specialist Psychological Intervention Centre (OHSPIC) based at Warneford Hospital in Oxford began accepting referrals from across the country from late April 2019.

Whilst the clinic has seen patients from various parts of the country, there remains the curious case of why the clinic is yet to see a single person from within its own region, anywhere across Oxfordshire.

At this time, no one from across Oxfordshire or Buckinghamshire has received treatment at the OHSPIC.OCD-UK

In figures obtained by OCD-UK at the time of writing, there have been 35 requests for referral to the Oxford Health NHS Foundation Trust (OGFT) from across Oxfordshire and Buckinghamshire (the regions served by this local mental health trust). There have also been six referral requests to the Oxfordshire Clinical Commission Group (CCG). Both the OHFT and the CCG have confirmed that they did not approve any of those requests.

To summarise, at this time, no one from across Oxfordshire or Buckinghamshire has received treatment at the Oxford Health Specialist Psychological Intervention Centre (OHSPIC).

To further compound this, when we asked what the formal pathway for referral is, as of this morning we were informed that the OHFT were still working on that pathway, which is almost a year after the clinic opened and almost 6 months since OCD-UK started asking questions about this.

Whilst some patients will be supported and helped by local OHFT mental health services, there are always a minority of patients with severe OCD that will require the help and support from OCD specialists. Some of those patients would almost certainly be eligible for treatment at the nationally funded Centre for Anxiety Disorders and Trauma (CADAT) or Anxiety Disorders Residential Unit (ADRU) through the Highly Specialised Service funding scheme. But in our opinion it would be unreasonable of the Oxford Health NHS Foundation Trust to ask patients with severe problems to travel (and have to pay for that travel) the 120 mile round trip into central London. Both the CADAT and the ADRU also have waiting times, where at the time of this report, the OHSPIC does not.

When we approached the OHFT they initially suggested the pathway for referral was through the local Oxfordshire Clinical Commissioning Group (CCG), however when we contacted the CCG they suggested the gatekeepers to the OHSPIC were the Oxford Health Foundation Trust, further questioning went unanswered. So we were left with no choice but to put in formal freedom of information (FOI) requests to ascertain how many patients had been referred/funded. These are the two replies:

Oxford Health NHS Foundation Trust
• To date the OHSPIC clinic has received 35 referrals for people in Oxfordshire & Buckinghamshire.
• The Trust & local CCG have not funded any of these, taking the decision that local mental health services should assess and treat.

Oxfordshire Clinical Commissioning Group
The CCG has received 6 requests for funding into the OHSPIC service. Oxfordshire CCG has not approved funding for any referrals that the CCG has received. The CCG commissions Oxford Health NHS Foundation Trust (OHFT) to undertake mental health services in Oxfordshire, therefore all referrals should go to the Trust in the first instance. If services cannot be provided locally then Oxford Health will refer onwards appropriately.

We therefore continued to ask Oxford Health NHS Foundation Trust to confirm what the defined pathway for a patient to be referred to the new clinic was and as of this morning this was their response:

I can confirm that at this point work continues on agreeing a pathway.

The uncertainty over access to this specialist anxiety clinic remains, in our opinion, shameful.OCD-UK

We are taking this to mean, and we have requested confirmation, that despite the clinic being almost a year old, there is still no defined pathway for Oxford residents to access the new clinic. This comes at a time when frontline NHS staff across Oxfordshire and Buckinghamshire could potentially require help and support for a variety of anxiety problems in the months ahead. The uncertainty over access to this specialist anxiety clinic for both frontline NHS staff and existing users remains, in our opinion, shameful.

If you are one of the 41 patients trying to access the new OHSPIC and have been refused, please do get in touch because we would like to hear your story and if we can offer our support to help you access the clinic or any other specialist NHS services, then let us know.

This was correct at the time of writing, we continue to lobby and we hope the situation may have been clarified by time you read this. Should that be the case we will update this webpage.