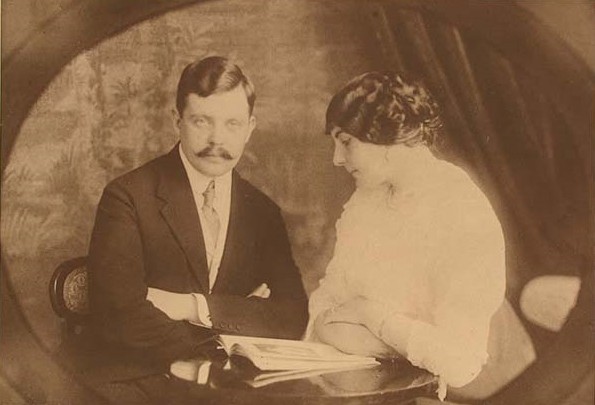 But how did it come to be named Body Dysmorphic Disorder?

Before 1987, Body Dysmorphic Disorder (BDD) was referred to as Dysmorphophobia, so named by the Italian physician and researcher Enrique Morselli (1852–1929) in 1891. The name is derived from the Greek word, ‘dismorfia’ – ‘dis’ meaning abnormal or apart, and ‘morpho’ meaning shape.

Morselli described persons with a subjective feeling of ugliness, or with a slight physical defect, considered abnormal by the patient but undetectable by others. He stated that these people felt miserable, were tormented by their imagined defect, and were consumed by thoughts of this defect in any situation.

Sigmund Freud (1856–1939), the Austrian founder of psychoanalysis, once described a patient, whom he referred to as the ‘Wolf man’, as having classical symptoms of BDD. The ‘Wolf man’ was a wealthy Russian aristocrat, real name Sergei Pankejeff (1886–1979) (pictured above with his wife), who was so preoccupied with his nose, and believed that it was so ugly that he avoided all public life and work.