Whenever  OCD is discussed in a glossy magazine, or on news programmes like GMB, they will inevitably run a caption listing well known celebrities who allegedly suffer from Obsessive-Compulsive Disorder (OCD).  David Beckham perhaps being the most famous and commonly referred to celebrity linked to OCD here in the UK. Others include:

In all of these cases, OCD-UK simply have no evidence to suggest that any of these people suffer from OCD, despite comments made by Beckham during the build up to the 2006 World Cup about having to line up cans of soft drink to make everything feel perfect — incidentally at this time he was also part of an advertising campaign for Pepsi.

Whilst it’s possible that some, or all of the above are indeed severely affected by Obsessive-Compulsive Disorder behind closed doors, because most of them have only made throwaway references to being ‘a bit OCD’, we have insufficient knowledge or evidence to be able to say if they do actually suffer with clinical Obsessive-Compulsive Disorder;  or not, in fact we very much hope for their sake that they don’t!

For that reason, OCD-UK will not comment on whether any of those individuals suffer from OCD or not beyond this webpage, and we will never make reference to suggest that they might.

One famous person we do know that suffers from OCD (unfortunately) is our very own patron, the actor and writer Ian Puleston-Davies. 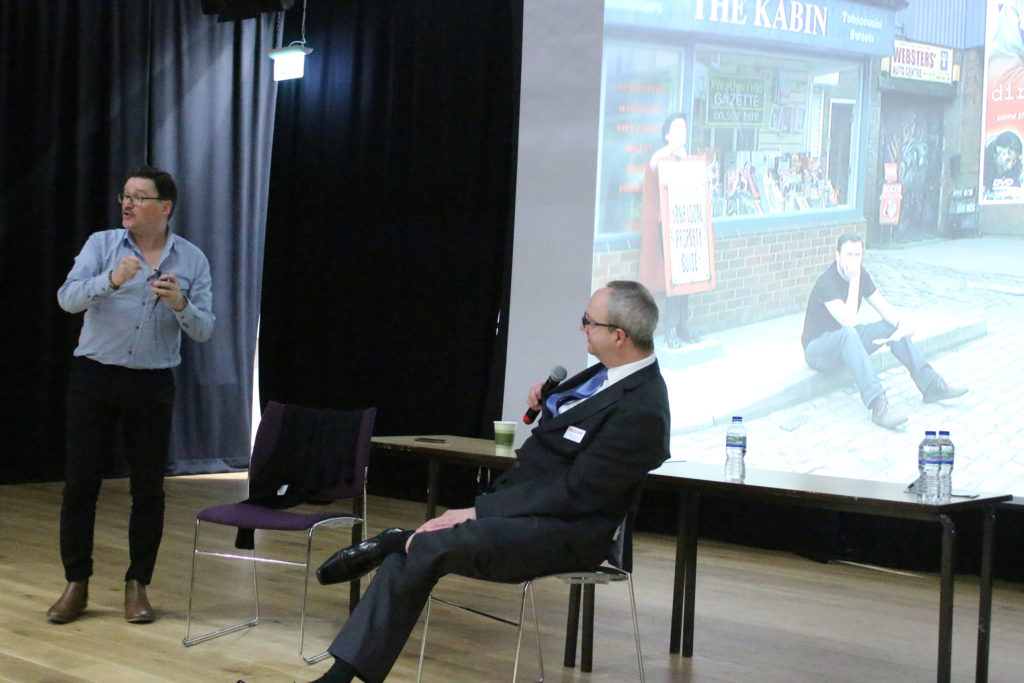 Ian has spoken at length about his OCD at our conferences and to the media on multiple occasions. In 2017 he also presented and narrated a 30-minute documentary about OCD for BBC Wales called OCD – An Actor’s Tale which was view-able via BBC iPlayer. Ian also co-wrote the semi-biographical comedy drama, Dirty Filthy Love for ITV back in 2004.

We thank Ian for being so open about his own struggles, and we know he inspires and encourages, thank you Ian.