Flashback to a crisp November evening in 2003 and two OCD sufferers sat down in a coffee shop near the junction of Oxford Street and New Bond Street in London, and there you have the beginnings of a new OCD charity, that went on to become OCD-UK.

Those two men were Ashley Fulwood and Steve Sharpe who had become frustrated at the lack of progress from existing charitable organisations in terms of supporting people with Obsessive-Compulsive Disorder, and truly representing them in offering hope and understanding. It was during that informal meeting between the then IT consultant and businessman that the idea for the new charity became reality.

The inaugural management committee was formed during January 2004, when the charity’s governing document and constitution was drawn up and by the end of that first quarter of 2004, OCD-UK had begun working to help people with OCD and had become registered with the charity commission as a new charity. 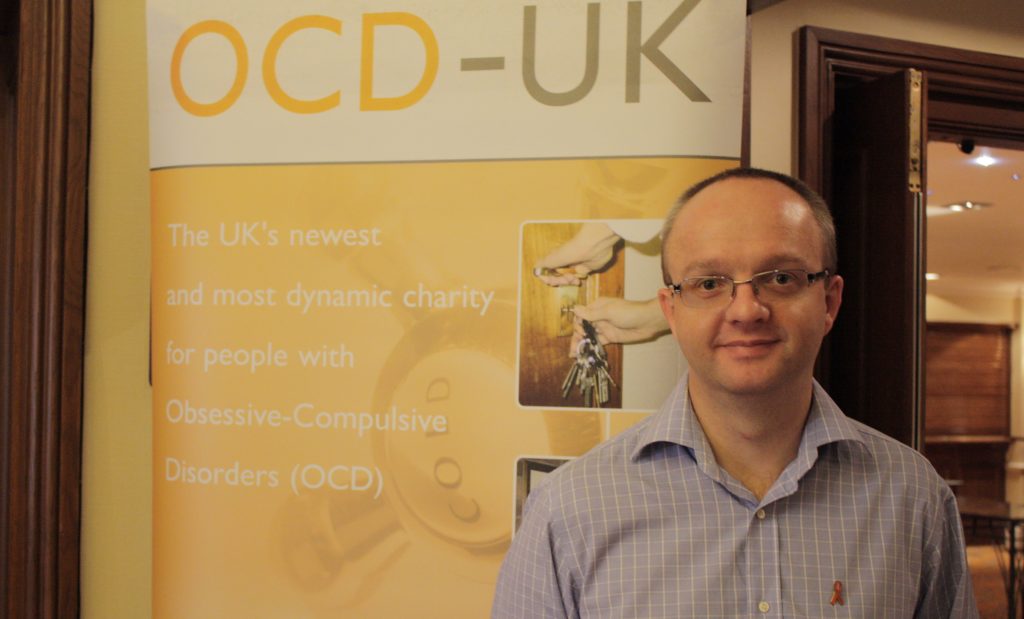 Ashley Fulwood during the early years of OCD-UK

Back then, the term ‘OCD’ was virtually unknown among the general population, waits of over a year for treatment were the norm and there was no full time organisation dedicated to specifically helping people affected by OCD. Very quickly the charity management team felt that the charity was expanding at such a speed that it needed to appoint a day-to-day management structure. Ashley Fulwood was invited to take over the day-to-day management of the charity and was later appointed to the role of Chief Executive. Steve Sharpe became the Chairman of the organisation and OCD-UK made an immediate impact by operating full-time by mid 2004.

Over the years, OCD-UK has continually evolved and developed but the core aim of supporting and helping people with Obsessive-Compulsive Disorder remains the principal objective of the charity.

Back in 2003 Ashley and Steve wanted to bring lasting change to people with OCD, they wanted to offer a charity that informed, inspired and motivated, and in 2018 their motivation has not waivered, they continue to inform, inspire and motivate.

I want to take this opportunity to thank you as I have been helped so much by your organisation. In fact coming across you led me to finally seek help for my OCD, having suffered for over 40 years and now I am back at university doing a master’s.Susan