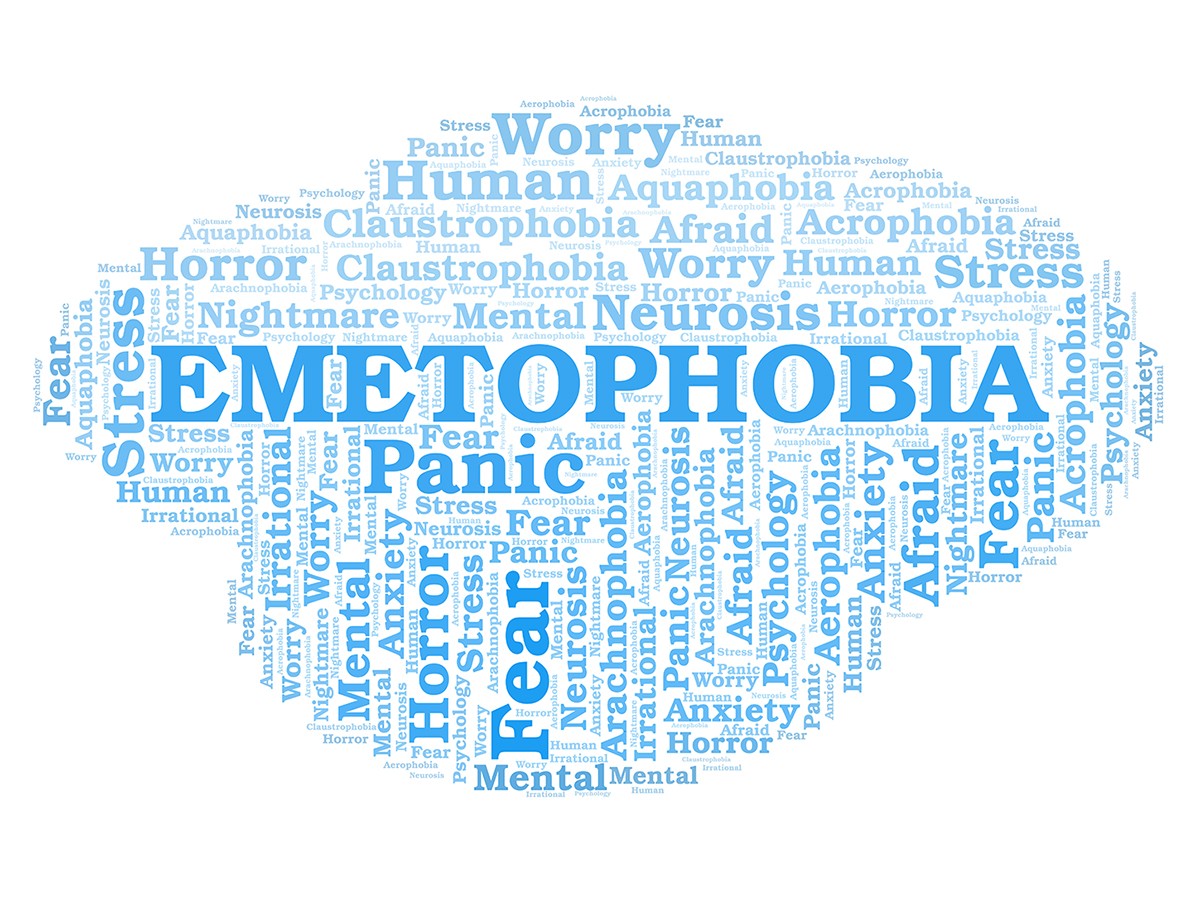 Emetophobia is a fear of vomiting or seeing others being sick.

Let’s be honest – who out of any of us enjoys throwing up? It is not a nice experience for anyone. However, for some people the fear of  vomiting or just seeing other people throw up is so great that it has a devastating impact on their ability to function, for example stopping them from doing simple things like enjoying a meal in a restaurant or enjoying trips out with family and friends, all because of avoidance behaviours.

Emetophobia is considered a phobia and would be classified as such, and is considered one of the most common phobias. Surprisingly little is known about the condition, although it’s thought to be twice as common in females.

Most individuals with Emetophobia try to control everything they see and do to fit around their fear.  They may frequently wash their hands, not eat in public or be seen eating by anyone else, in addition,  many adopt some of the same coping strategies as people who suffer from OCD. They might open doors using sleeves, tissues, gloved hands etc,  flush toilets using their feet and anything that has to be eaten using their fingers – for instance, sandwiches –  might only be eaten down to where their fingers have touched.  Some will avoid going out completely if there is a sickness bug going around.

All of the above rituals are done with a primary aim to avoid any kind of sickness bug.

Clinical Classification of Emetophobia
There are two main recognised diagnostic manuals commonly used around the world today. These are the International Classification of Diseases (ICD) and the Diagnostic and Statistical Manual of Mental Disorders (DSM).  Both manuals generally tend to complement each other,  and with Emetophobia neither have specifically listed it, instead it would be coded as a ‘specific phobia’.

Treating Emetophobia
Treatment for Emetophobia can be more difficult than OCD – though it uses much the same principles; gradual exposure to the thing the sufferer fears most.

The treatment for skin Emetophobia are very similar to those for OCD, with the treatment found to be the most effective being a talking therapy called Cognitive Behavioural Therapy (CBT), although other talking therapies may be considered. Some people find they also need the additional support of anti-depressant medications to help them through the therapy which will usually be a form of anti-depressant SSRI (Selective Serotonin Re-uptake Inhibitor) medications.