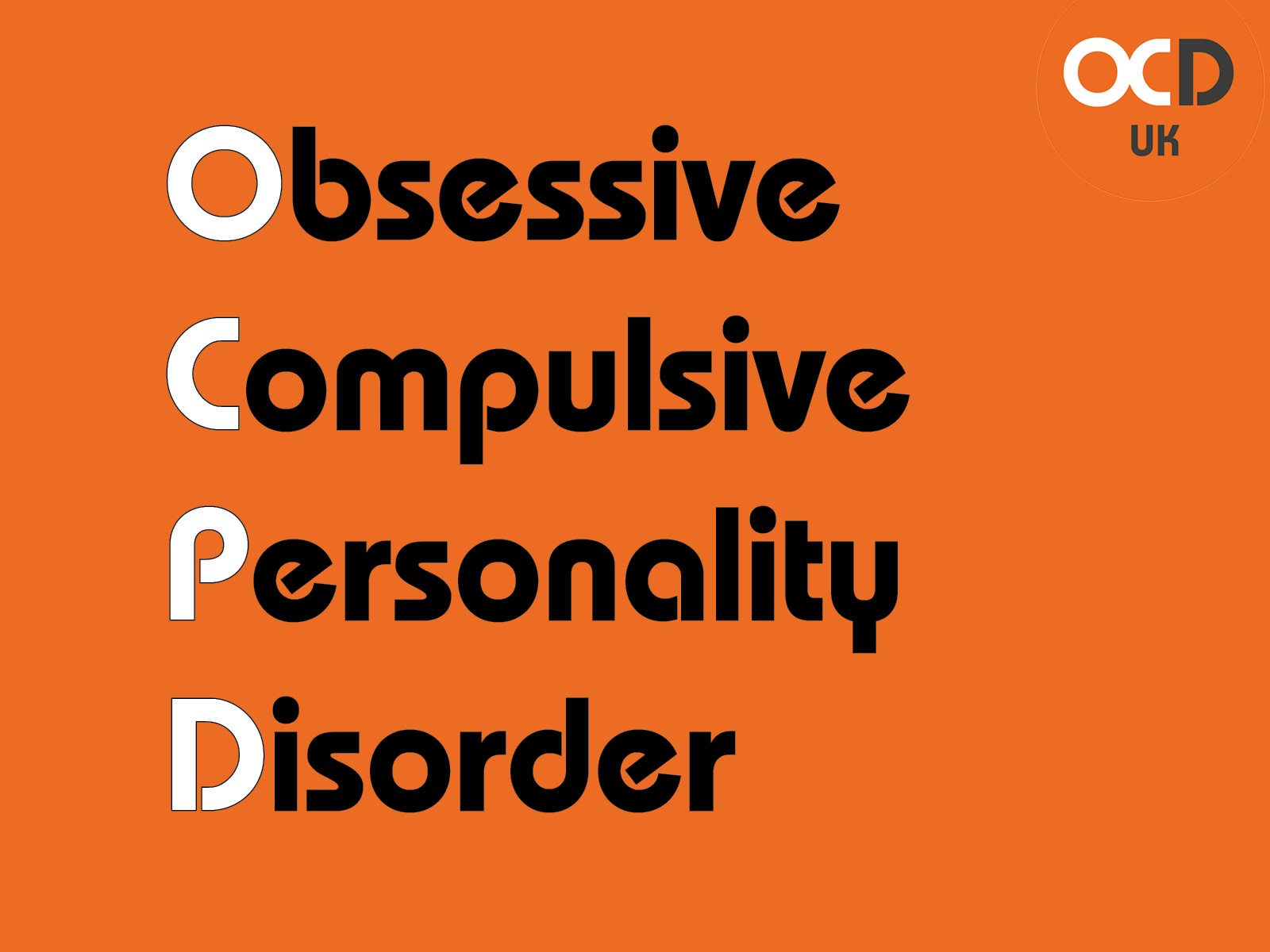 Whilst OCD is considered an anxiety disorder, OCPD, as the name suggests, is actually a personality disorder. It’s also possible to suffer from both OCD and OCPD simultaneously.

So what is OCPD?

The main features of Obsessive Compulsive Personality Disorder (OCPD) is a preoccupation with orderliness, perfectionism (around anything from cleanliness to order) at the expense of flexibility, openness, and efficiency, regardless of the impact on others.

Individuals with OCPD attempt to maintain control with painstaking attention to rules, trivial details, lists and procedures to the extent that the major point of the activity is often lost, often becoming inflexible.   They become oblivious to the fact that other people will often become annoyed at the extent they perform tasks and the delays caused, often believing the other person may be wrong for not working to the same perceived standard.

The inflexibility can also impact on areas of morality, ethics and values, forcing themselves and others to follow very rigid moral principles.

OCPD is one of the most prevalent personality disorders in the general population, with estimated prevalence ranging from 2% to 8%. Some studies suggest that Obsessive-Compulsive Personality Disorder is more common in males.

The Diagnostic and Statistical Manual of Mental Disorders (DSM-5) specifies the following difference in diagnosing OCD and/or OCPD:

Significantly, whereas with OCD, the thoughts, beliefs and behaviours (obsessions and compulsions) are because of feared consequences that feel very real; which often interfere in several areas of the person’s life including work, social and/or family life.  With OCPD, the problem is much more about rigidity around rules rather than perceived consequences and will usually interfere with certain tasks.  Interpersonal relationships will often suffer, with co-workers, or even employer relationships becoming strained because of set rules having to be adhered to at work. Equally at home, family members of people with OCPD can often feel extremely criticised and controlled which can be frustrating and upsetting and often lead to conflict.

Treating Obsessive Compulsive Personality Disorder
It’s not easy to treat OCPD, even when the person is prepared to seek help, but if the person is willing to seek and accept help, then treatment can be effective. It has been suggested that sometimes those with OCPD may respond better to treatment because of rigid adherence to therapy tasks set by the therapist.

The treatments for OCPD are very similar to those for OCD, with the treatment found to be the most effective being a talking therapy called Cognitive Behavioural Therapy (CBT). Some people find they also need the additional support of medications.